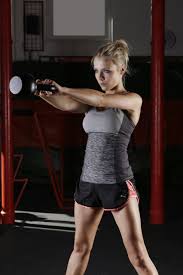 Don’t know your Cuban Press from your French Press?

Not sure of the difference between a Russian Swing and an American Swing?

Check out our guide to exercises named after countries.

We’ll explain the origins of each of these exotically named exercises.

Fairly similar to the traditional Russian Kettlebell Swing, except with the American version you swing the kettlebell right the way up to the shoulder, rather than ‘just’ back to the waist. ?The American Swing was made popular by Cross Fit and is a great way to warm up the front shoulders, legs and back.

A single leg movement, where you place the back leg on a step and then squat down with the front leg. ?This movement was introduced to American coaches by a Bulgarian weightlifting coach, hence the name. ?The Bulgarian Split Squat is a fantastic way to make sure that one leg isn’t doing the lion’s share of work in your regular squatting.

An upper body movement where you lift the barbell or dumbbells from your waist to your shoulders, and then press the bar above your head. ?The Cuban Press is great for building endurance in the rear shoulders and main body of the shoulders. ?It’s not a move from some Cuban boxing gym though. ?The name was actually just made up by an American strength coach to motivate a tiring client!

Most of us know this move as the plain old tricep extension. ?Hold the weight above your head and then bend and straighten your arms, like a footballer taking a throw in. ?The French Press is an excellent way to isolate the long head of the triceps. ?This exercise got its more exotic moniker due to being practiced by the French Foreign Legion using sandbags.

Named after a Romanian Olympic weightlifter, the Romanian Deadlift is a superb movement for building glute and hamstring strength. ?With a slight bend at the knees, raise the barbell up to your waist and then lower it back down towards your feet. ?When you get as low as you can, drive your hips forward and return the bar back to your waist.

A sit up variation, where you sit half way up and then twist your upper body first one way and then the other. ?This is a tough abdominal exercise, which really hits the obliques. ?The Russian Twist got its name because it was used by the Russian Army as a conditioning exercise for soldiers.

The Turkish Get Up.

Another abdominal exercise, the Turkish Get Up was originally used by Turkish wrestlers as part of their conditioning training. ?Lie in a sit up position and hold a weight up with one arm. ?Use your legs and other arm to stand yourself up, and then return yourself back to a sit up position, keeping the arm with the weight extended all the while. ?The Turkish Get Up is an excellent way to condition the legs, lower back and abdominal muscles.

Add these exercises to your current bodybuilding or conditioning routine, and don’t forget to count the reps out in the appropriate language!

for more articles about training and nutrition.

Best of luck and happy training!